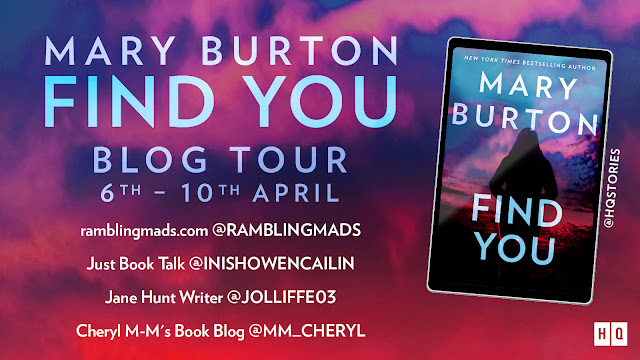 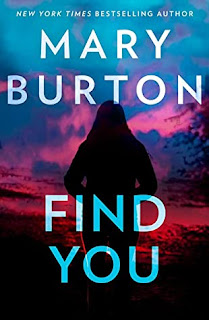 The chase is on in this utterly suspenseful and unputdownable mystery from New York Times bestselling author Mary Burton.

After being on the run for the last nine months, Kristen Rodale has finally settled in a small town in Virginia, where she hopes her dangerous and deadly brother Benito can never find her.

But former FBI agent, Dane Cambia, has other ideas: after his sister died at the hands of Kristen's brother, he wants to hunt Kristen down and use her as bait to get his final revenge on Benito.

Cambia manages to locate Kristen, setting his plan in motion. But playing into the killer’s hands is just the beginning of Kristen and Cambia’s new nightmare…

A fast-paced and addictive romantic thriller. The opening scene is tense and exciting. Kristen is under police protection pending her brother's trial where she is to give evidence against him. There is an inevitable sense of doom about this scene as the reader is expecting the worst to happen and that Kristen is not going to make it to the courthouse.

Kristen inevitably ends up on the run and undergoes tough times in order to survive and stay undetected by the police and her brother. I really enjoyed the suspense element of the story and the tension built up very well. I was expecting a big showdown with Benito at the end but it fizzled out very quickly and some of it was off scene.

The romance was nice but a little bit rushed. I didn't really feel the connection between Dane and Kirsten. Nevertheless, they made a sweet couple and the story concluded nicely for them.

My favourite character in the book was Kristen's friend, Sheridan. There is more to her than meets the eye and I'm intrigued by what her back story could be. It's one I'd like to read.

Find You is out NOW!

Dane enters her life under false pretenses but the pair find themselves getting romantically involved. I