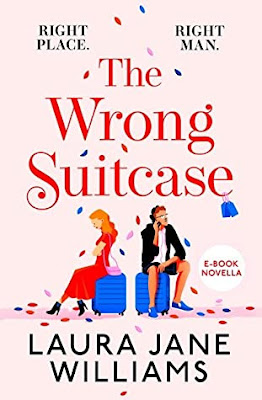 RIGHT PLACEAs she touches down in Italy, Izzy couldn’t be more excited. She’s needed a reason to let her hair down, and she knows that the wedding of the year in a lavish Tuscan castle will be just the ticket…RIGHT TIMEOn the morning of his best friend’s wedding, everything is going wrong for Sam. And when he finally reaches the hotel and unzips his luggage, his day goes from bad to worse…WRONG SUITCASEIzzy has a case full of men’s shirts and chinos. Sam has a case full of make-up palettes and bikinis. Could a fateful meeting to switch their bags back be the start of something special? Because in losing their luggage, they’re about to find each other…A warm-hearted novella packed with lust, longing and lost luggage, this the perfect Valentine’s day treat from the internationally bestselling author of smash-hit rom com, Our Stop.

I forgot that this was a short listen (2hrs and 40mins) and when I realised that it was nearly over I was a little bit sad as I wanted longer with the characters. It was a charming and funny story. I really loved Sam and I was rooting for him and Izzy from the beginning. I was almost as frustrated as Sam with Izzy at the beginning because her scattiness was holding up their initial meeting. The miscommunication led to lots of funny scenes and I literally laughed and smiled for the duration of the book.
This heartwarming romantic story is perfect for enjoying in one sitting. 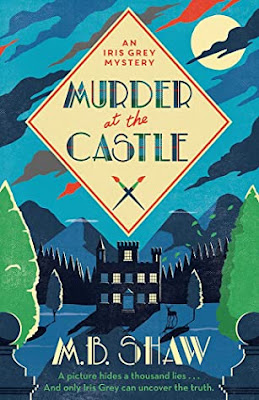 Iris Grey arrives at Pitfeldy Castle in the Highlands, at the request of the Baron, Jock MacKinnon. Jock has commissioned Iris to paint a portrait of his fiancé, an American socialite Kathy Miller, ahead of their New Year wedding.Kathy invites Iris into her confidence, she's received a series of threatening notes asking her to call off the wedding. Iris begins to investigate, and when remains are discovered in the grounds of the Castle, she fears for Kathy's safety.
With the wedding fast approaching, Iris once again enters a world of family feuds, romantic intrigue, buried secrets and murder.

This is the second book in the series but is easily read as a standalone.
This was a good, solid mystery that had me guessing. I thought I had it figured out but it took until the reveal for the full story to come to light. The subject matter is a little bit darker and more tragic than your run of the mill cozy crime novel and I felt that the setting of the old castle fit the atmosphere of the story very well.
The book, although a quick enough read, did slow down in places. I wasn't very pleased with the romantic element as it didn't add anything to the story but at the same time, it made me like Iris more as the character. She's in her forties and doesn't hesitate to have some guilt-free adult fun with a handsome man. It's good to see women of this age group represented well in fiction.
I liked the side characters, especially Haley, the police detective. Kathy seemed like a nice enough character but we don't really get to know her motivations very well. There seemed to be an unexplained and secretive backstory to her that left me with a few unanswered questions. The rigmarole with the teacher was left unexplained as well. Things are alluded to but never satisfactorily revealed. Tying up these loose ends would have tidied up the story better for the reader.
Over all, a good mystery and a series I will keep an eye on.
Posted by Just Book Talk at 14:40:00 No comments:

Safety in Numbers by Sophie Penhaligon (2022) 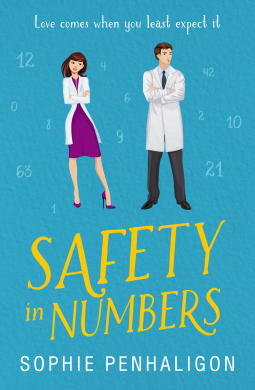 When a tragic accident leaves mathematician Seraphina Ellis broken and despairing, she is convinced that she will live out the remainder of her life in lonely solitude. Determined to conceal her disability from her co-workers, she hides away in her desolate cubicle, crossing off the days of her life, unfulfilled and defeated.

A chance meeting with irascible but mesmerizing billionaire scientist and CEO Milo Grant provides her with the job of her dreams, and the chance of escape from cubicle land. But Grant is haunted by his own monsters and is increasingly interested in more than just her mathematical magic.

In this touching and sexually charged contemporary romance, Sophie Penhaligon manages to deliver a novel that is lighthearted and fun whilst dealing with the difficult topics of loss and disability.

I adored this story. Milo and Saraphina are flawed but very lovable characters. To the outside world, they are unapproachable, standoffish and in Milo's case, bad-tempered and rude. But in each other, they recognise a kindred spirit and so an unlikely yet completely charming romance develops. I was completely glued to this book for two days. I thought it was cute that the successful CEO, Milo Grant would be so insecure with Seraphina that he got jealous and overprotective. He was very sweet in the ways he took care of her and in return, Seraphina knew just what to do to calm down his cranky temper.
I loved that the author's heroine has a disability. I got a real sense of the difficulties Seraphina faced in her daily life even with the most simple of tasks. I could understand her not wanting people to know about it and treating her differently as a result. It was lovely watching her come out of her shell the more time she spent with Milo
Safety in Numbers is a rather wonderful story that sent me scurrying to search for more books by the author.
Safety in Numbers is out now!
Available on Kindle Unlimited, paperback, and is currently at the introductory price of 99c/99p to download on Kindle. 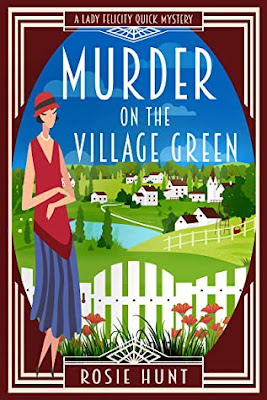 England, 1921. Murder has stunned the peaceful village where news reporter Lady Felicity Quick grew up. But she’s further confounded when a dashing journalist from London is given the story that should have been hers.

Refusing to give up, Felicity uses her local connections to research her article and unearth Lower Diddleton’s secrets, speaking to everyone from the village baker to the pub landlord to the president of the plant and floral society.

But when a family friend becomes the prime suspect, Felicity has no choice but to team up with her rival to find the true killer. Can Felicity solve the mystery before the wrong person takes the blame and the real murderer gets away with it?

If you love puzzling murders set in the charming English countryside of the 1920s, then you will love this cozy mystery series! For fans of Agatha Christie, Downton Abbey, Verity Bright and Catherine Coles.

An utterly charming cozy mystery with a strong female lead and a twisty tale of murder and blackmail.

Lady Felicity has a refreshingly modern outlook on life and there is nothing more likely to spur a woman on than a man repeatedly telling her she can't do something.  I could feel Felicity's frustration at being put in a box and held back and so I delighted in watching her outsmart and prove the men wrong.

Alex, the new journalist in town, is likeable and supportive of Felicity. Their chemistry added fun to the story. I also liked Felicity's brother. His attitude to Felicity reporting on the murder comes from the perspective of an overprotective and caring brother rather than from any malice.  I would like to see more of him in the series.

This was a clever mystery that kept me guessing and entertained. A series I will definitely be following from here on out.