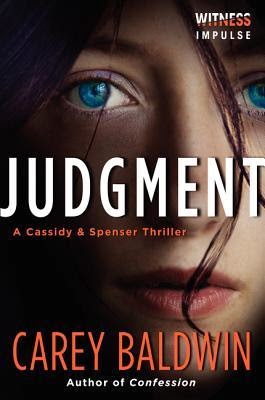 Forensic psychiatrist Dr. Caitlin Cassidy and FBI profiler, Special Agent Atticus Spenser, are called in to testify, one for the defense and one for the prosecution, after a university student is murdered. But things turn deadly at the court house when the chief suspect is attacked, his lawyer is murdered and Caitlin is shot. As a psychiatrist Caitlin is privy to all kinds of information about the accused which puts her in the sights of a murderer. Spenser is determined to keep a protective eye on her. When another attack leads to the suspect's death and another attempt is made on Caitlin's life the pair must put aside their rivalry in the courtroom and work together to find the real killer before it is too late.

I loved this book!
It is the first in the teaming together of Dr. Cassidy and Agent Spenser in the hunt for serial killers. It has just the right amount of suspense and romance. I loved the two main characters and was glad that their story is not rushed. I will definitely read this series just to see their relationship blossom.
On the suspense side, the story is fast paced, dark, riveting and difficult to put down. 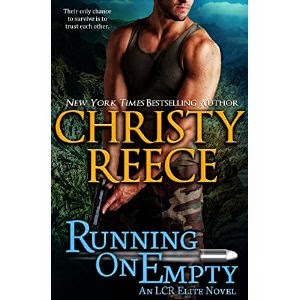 This is a spin-off series to Reece's fantastic 'Last Chance Rescue' series. The LCR elite team rescue victims from some of the most dangerous places in the world.
Sabrina Fox is one of these operatives. A former assassin, she is skilled, strong, determined, independent and not afraid to speak her mind. Believing her husband, covert ops agent Declan Steele, to have been killed in an explosion a year ago, she is completely knocked for six when  he returns after being held hostage and tortured in a prison camp for all of that time.
Their reunion is not the happy ever after you would expect however, as Declan is convinced that his wife is the person who betrayed him and set him up to be kidnapped. The only thing on his mind right now is revenge and killing Sabrina is first on his to do list.
Sabrina must convince him of her innocence if they are to have any chance of a future together.
Declan must work with the LCR team if he wants to find out what really happened.  However, old feelings are hard to ignore and Declan finds himself having to choose between trusting his heart or giving in to his need for retribution. But it may already be too late, as enemies close in, Sabrina is kidnapped and disappears without a trace. It is a nail biting race against time to get her back.
'Running on Empty' is fast paced, action packed from beginning to end and is difficult to put down.   As a fan of Reece's 'Last Chance Rescue' novels, I was thrilled when this series was announced and I wasn't disappointed. After this instalment Christy Reece will be staying on my automatic buy list. 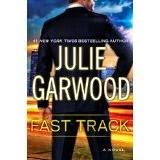 After the death of her mother, Cordelia is raised alone by her father.
Now, grown up and as she watches over her dying father in hospital, he makes a deathbed confession. Her mother is actually alive. She left him and abandoned them when Cordelia was only a baby.

Her grief after the death of her father, and finding her mother's cold goodbye letter to her dad from all those years ago, prompts Cordelia to track down her mother and confront her.

Her research leads her to a socialite, from a wealthy and prominent family, in Australia. Luckily for Cordelia, her secret crush, Aiden, is doing business in Australia and insists she fly there with him on his private jet and stay in his hotel. So, off they go.
It is not long before Cordelia is receiving death threats and attempts are made on her life. As Aiden keeps close watch over Cordelia, it is not long before sparks start to fly between the pair.

Fast paced and entertaining. Julie Garwood is on my auto' buy list.
Posted by Just Book Talk at 12:29:00 No comments:

The Art of Deception by Kate Kelly


This is book two in 'The Stolen Hearts' series. Having read book three, 'In Plain Sight,' I wanted to go back and read Gage and Sophie's story.

Vince Gage, an FBI agent, is on the hunt for an art forger and his primary suspect is Sophie Pascotto, an artist and art restorer. The only problem is he can't help his growing attraction to her. As the evidence builds up against Sophie, Gage has to make a huge decision, arrest her or help her, ultimately putting Sophie's life and his FBI career on the line.

The balance between romance and suspense was just right and the mystery kept me guessing until the end. A recommended read.

'Sleight of Hand' book 1 is currently free on Amazon
Posted by Just Book Talk at 11:41:00 No comments: