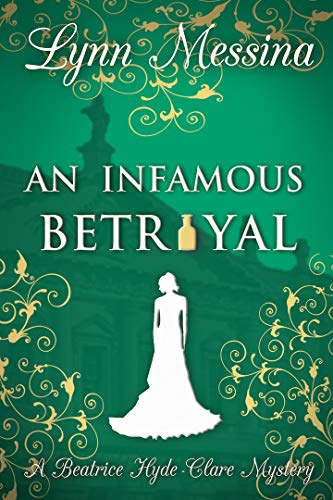 Having solved the two murders that somehow fell in her path, Beatrice Hyde-Clare is on the lookout for a third. Through a absurd quirk of stupid fate, the shy spinster has fallen in love with the thoroughly unattainable Duke of Kesgrave and is desperate for something, anything, to occupy her mind. A dead body would do nicely.Fortunately for her, a fellow guest from a Lake District house party appears on her doorstep with exactly that: the lover of his fiancée's mother expired after a wretchedly painful episode just that morning in an apparent poisoning. As unorthodox as it is, he would like Bea to investigate rather than calling the authorities.Bea begins her inquiry into Mr. Wilson's death at once and almost immediately finds herself in the company of Kesgrave, who is as determined as ever to assist her. 'Twas patently unfair, for the whole point of the investigation was to get away from the handsome lord.Now Bea is faced with the daunting challenge of exposing the villain without revealing her heart.

I've listened to the first three books in this series and I absolutely love it.
The slow burn romance between Beatrice and the Duke is completely charming and lovely to read. The witty banter and comical moments add lots of humour to the story. The 'snuff box' scene at the shop was one of my favourite as it was so funny.
The mystery itself was cleverly plotted and had me guessing to the end.
The conclusion to this third book in the series was hugely enjoyable. The Duke of Kesgrave shows his feelings in a delightfully charming way. His little fit of jealousy had me smiling with delight especially as it occurred at a very opportune time!

I'm really looking forward to listening to the next book in the series.
I love the audio version as the narration is excellent. However the book covers in this series are so pretty I'm planning on collecting the print copies as well for my real life bookshelf.

The Confessions of Frannie Langton by Sara Collins. Viking (2019) 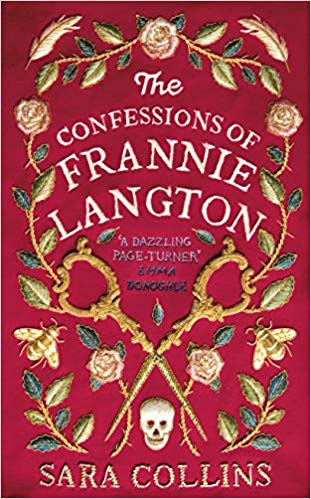 'They say I must be put to death for what happened to Madame, and they want me to confess. But how can I confess what I don't believe I've done?'
1826, and all of London is in a frenzy. Crowds gather at the gates of the Old Bailey to watch as Frannie Langton, maid to Mr and Mrs Benham, goes on trial for their murder. The testimonies against her are damning - slave, whore, seductress. And they may be the truth. But they are not the whole truth.
For the first time Frannie must tell her story. It begins with a girl learning to read on a plantation in Jamaica, and it ends in a grand house in London, where a beautiful woman waits to be freed.
But through her fevered confessions, one burning question haunts Frannie Langton: could she have murdered the only person she ever loved?
A beautiful and haunting tale about one woman's fight to tell her story, The Confessions of Frannie Langton leads you through laudanum-laced dressing rooms and dark-as-night back alleys, into the enthralling heart of Georgian London.

A dark and suspenseful read. It isn't a simple tale rehashing a litany of abuses suffered by a slave girl. Her story is much more complex than that. The Confessions of Frannie Langton is a compelling read and will have you guessing to the end.

Frannie is a complex character. Yes, she was a slave with no control over her much of her life but when she did have the chance to make any decisions she chose very poorly and with drastic consequences. There were occasions when I felt afraid for Frannie and other occasions when I didn't feel a whole lot of sympathy for her. Maybe this was because a lot of the darker events are alluded to.
The scientific experiments and Frannie's participation in them and in the suffering of others are glossed over and we are never quite sure what's happening behind closed doors. A lot is left to our imagination. The book is to be adapted for TV and so I can imagine that some of the more sordid scenes will be teased out for added drama.
The murder trial at the very end of the book ties all the loose ends together very nicely.

The Confessions of Frannie Langton released on the 4th of April.
Amazon  Book Depository 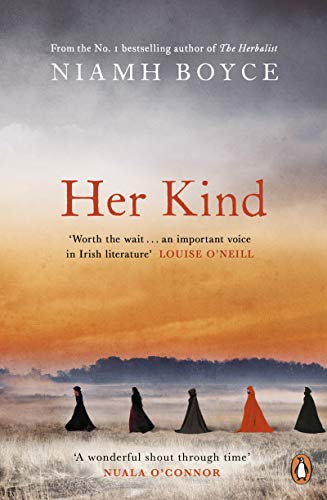