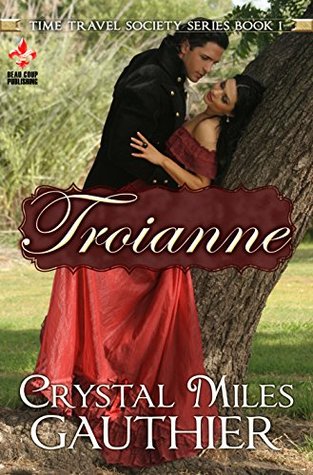 If you want to know more about the series, check out the author's blog  crystalmilesgauthier.blogspot.ie
Posted by Just Book Talk at 23:06:00 2 comments: 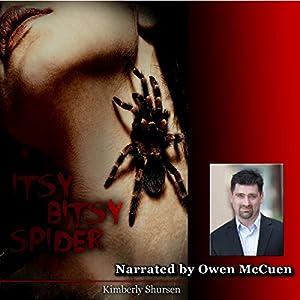 Superbly narrated by Owen McCuen, he somehow manages to make the novel sound better than how it actually reads in print and in my head. He is adept at using well placed pauses, quickening of the pace in other places and adopting various tones of voice for the different characters. I read some of the ebook along with the audio and found the audio version to be a much better way to experience this novel. Highly recommended.
Posted by Just Book Talk at 21:09:00 No comments:

See No Evil, My Pretty Lady by Miss Mae. Narrated by Marcus Hyde

An absorbing and entertaining murder mystery set in Victorian London at the time of the Whitechapel murders. The writer's twist on an old story is both well written and clever. The story is full of interesting characters with a good few red herrings and likely suspects to keep you guessing right to the end. Dorcy and Gareth were two very likeable characters and I enjoyed the nod to the gothic romance genre in the way their relationship unfolded.

The story starts off with Dorcy's discovery of Mr. Davenport's dead body and her subsequent attack by an unknown assailant. It is not long before we are introduced to the other main characters. To fulfil a request from the dead man's will all the suspects and the police inspector take up temporary residence on an isolated island, in the hopes of discovering the identity of the murderer, who is also believed to be Jack the Ripper. Soon there is a series of sinister events, tricks and attacks. Tensions are rife and it isn't long before suspicions and accusations abound.

The police inspector is another interesting character and I'm hoping that Miss Mae has plans to write more mysteries for him to solve, along with help, of course, from Gareth and Dorcy.
The narrator Marcus Hyde did a wonderful job of bringing all the characters to life and his telling of the story added to the wonderfully gothic atmosphere of the novel.
I'm a huge fan of historical mysteries and romance so I loved this addition to the genre.

A Time of Shadows by Monique Martin (Out of Time #8)

The 8th in the 'Out of Time' series and it still has me hooked. There is a little twist in this instalment as Elizabeth and Jack don't actually time travel but instead have to save the world in their own time. Thankfully they have some help from the lovely Jack and a cranky but skilled Monsieur Renaud. (More from these two please)
An unexpected visitor from the future sets in place a race to find the very special but dangerous 13th pocket-watch. To discover where the watch is hidden, Elizabeth and Simon must solve the clues that are hidden in various places relating to their past. At the same time they are pursued by agents from the Shadow Council who will stop at nothing, including kidnap and murder, to get their hands on the watch.

Some questions are addressed in 'A Time of Shadows.' Jack comes to a decision about his future and I'm glad that he'll be around for more adventures. The issue of Simon and Elizabeth losing a child is also addressed. I won't add any spoilers but I think everyone can stop worrying....for now!

I love this series and hope it continues well into the double digits!
New readers would be advised to begin at #1 Out of Time which is still available for free on Kindle.
Posted by Just Book Talk at 16:34:00 No comments:

In this historical novel the author once again proves that he can write about any era. He describes the London of the 16th century exactly as how I would imagine it- the sights, smells, the state of the Thames at this time, the political intrigues and tensions in society, the poverty and squalor of the poor and the danger in the street from pickpockets and thieves. The writer describes things in such detail that you can't help but be transported to Shakespeare's London and have a good look around!

This is the second in a series involving the cousin of, and with the same name as, William Shakespeare. To save confusion, I'll refer to him as Will. Will has moved to London to get a job working in the theatre but he has no skills and is mostly only useful for moving heavy things about. He ends up sharing a room with his cousin and owing him money for rent. That is until he decides to set up business as a 'discoverer,' and is hired to retrieve some letters from some shady and villainous characters.

Will's interactions with other people lend a lot of humour to the story.  This includes much banter between he and his cousin, William Shakespeare, and with his cousin's mistress.

On top of trying to make a success of things in his working life Will tries to straighten out his romantic attachments. Unfortunately for him, he is in love with, a  not very likeable, married lady, Elizabeth Walsall, and is constantly at odds with himself and her over their feelings for each other. This relationship is set up to evolve and continue into the series.

Will is quite a bungling character but he is good natured which holds him in good stead. His adventures in the big city are all the more humorous for this and I look forward to reading more.