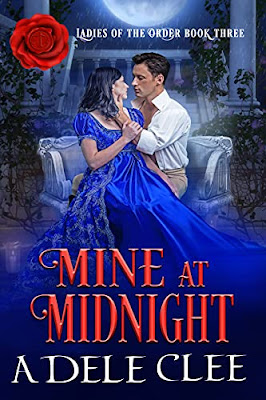 When Miss Eliza Dutton discovers her first case for the Order involves helping a lord who has a gambling habit, her instinct is to refuse. The fact her father lost his fortune and his life at a gaming hell is the reason she despises Lord Roxburgh. But Eliza is given an ultimatum: help the handsome rogue or find work elsewhere.

Lord Roxburgh has a reason for trying his luck at the tables, and it has nothing to do with winning money. But his life of dissipation is brought to a swift end when a guest is found murdered in his garden.

While working together to solve the crime, will Eliza discover there’s more to Lord Roxburgh than his sinful good looks? Can a lord who’s suffered the worst kind of tragedy abandon old habits and fall in love?

I was looking forward to reading Roxburgh and Eliza's story. He is a charming rogue and the sparks flew between the pair when they first met in the previous book. The pair join forces to rescue Roxburgh's sister's reputation and to secure Eliza's escape from the clutches of the devious owner of a gambling den. There are many touching and sweet moments between Eliza and Roxburgh as they get to know one another during their midnight rendezvous. There is a good mix of mystery and romance and I appreciated that the ending was not unnecessarily dragged out. The epilogue left us with a hint of the next adventure in the series and with a heart-warming feeling that all will be well forevermore with Eliza and Adam. A lovely read.
This third book of the series is out now.
Amazon
Posted by Just Book Talk at 20:26:00 No comments: 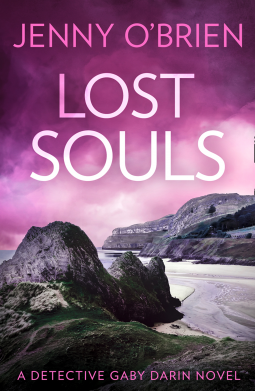 A MISSING GIRL. A RACE AGAINST TIME.
Ten-year-old Elodie Fry vanishes overnight, along with a rucksack filled with her meagre belongings. Acting DI Gaby Darin and her team are fighting the clock to reunite Elodie with her distraught mother – but was Elodie kidnapped or did she run?

Later that day, a local undertaker uncovers a nasty surprise: the remains of an unidentified second adult among a late pensioner’s ashes. Torn between the two investigations, Gaby decides the gruesome discovery at the crematorium must wait – the team are desperate to find Elodie before they lose her trail.

But as she follows the evidence, Gaby realises the two cases have a sinister connection… and there’s a killer on the loose.

Can Gaby find the missing girl alive… or is she already too late?

Full of twists and turns, this gripping thriller will keep you hooked to the end. Perfect for fans of Angela Marsons, LJ Ross and D.S. Butler.

A fast-paced and clever whodunnit. There is more than one mystery for DC Gaby Darin to puzzle over but they very cleverly turn out to be connected. I was completely stumped as to how it would all unravel and I enjoyed the process of finding out.  I was intrigued as to how it would all turn out for the two youngsters but I was glad that someone was looking out for Elodie.
The crematorium murder mystery really got my interest as it was such an unusual crime scene.
I like the group of side characters in the series and I feel like I get to know them all a bit better with each book. There is a little bit of romance in Gaby's life but it's a nice slow burn romance that doesn't overshadow the mystery and suspense of the novel.
If you like a good mystery without gore and with a strong female protagonist then this is the series for you. Hunter Evans risked his life again and again as a firefighter until the night he died saving a child...only to be reborn as a vampire. Now the man who lived his life as the quintessential “nice guy” must find a way to conquer the deadly urges that threaten to turn him feral. When his own actions put a beautiful woman in danger, he vows to protect her…even from himself.Alice Darlington has a secret of her own: she sees ghosts. She thought she’d done a good job of keeping it under wraps—until now. A terrible threat from her past is hunting her down in order to use her power for dark purposes. Now she’s on the run and doesn't know who to trust or where to go.When Hunter and Alice team up to battle the dangers coming at them from all sides, they’re forced to rely on each other. But Hunter doesn’t know how long he can keep the beast inside him away from the woman it craves…The Vampire Motorcycle Club series is best enjoyed in order.Reading Order:Book #1 Bane's ChoiceBook #2 Hunter's Hope

Hunter's Hope is action-packed and a lot of fun. I loved that Alice was a ghost whisperer. Ghosts add a layer of spookiness to a story that I love. Alice's ability to talk to animals was also a cute quirk and it made her character very appealing and likeable. Charlie, the minor demon, was a surprisingly cute addition to her menagerie.
Alice and Hunter have an insta-love/lust thing going on but, the story was so fast-paced that the speed of their relationship worked in the overall scheme of things.
Very little in this story has anything to do with a motorcycle club and I always find it a bit odd that this series is branded as a motorcycle club series.
Overall, it is a lighthearted and fun read that entertained me. I look forward to reading the next in the series.
Hunter's Hope is out now Amazon
#HuntersHope #NetGalley
Posted by Just Book Talk at 20:59:00 No comments: 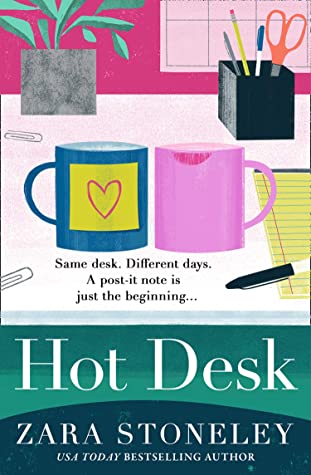 A post-it note is just the beginning…

A must read for fans of Beth O’Leary, Mhairi McFarlane and Sophie Kinsella!

Alice loves her job and wants to keep it – whatever the price. But then she’s told the company is switching to flexible working and hot desking…Alice’s desk might look a mess, but she knows exactly where everything is. Or she did. Until she found out she’s going to share it with the most annoying guy in the office.

Jamie can work from anywhere. He’s quite happy to sweep his work life into a box at the end of the working day. But can sharing a desk with Alice be as much fun as teasing her in person? With no option but to try it and see, will their relationship turn into open warfare or will it ever progress beyond a post-it note?

This was a cute, escapist read. There were plenty of humorous scenes and one-liners that had me laughing out loud. The romance was a true slow burn and I wasn't expecting the obstacles that came in the way of Jamie and Alice relationship. They are poor communicators despite their daily messages to each other. It takes them so long to really open up and be honest with each other that it irritated me a bit.
I loved the romance via post-it notes. It was charming and heartwarming. Having four sisters myself I understood Alice's feelings about not wanting to share. I liked Jamie for understanding how Alice was feeling.
I enjoyed the narration. The characters came to life for me and it was very easy listening.
Posted by Just Book Talk at 22:40:00 No comments: 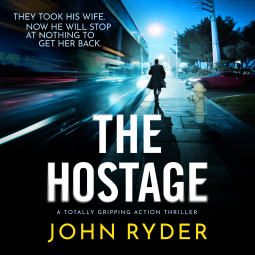 “You get us what we want. Or your wife dies. And we will make it hurt.”Jerome Prentice used to sleep soundly. He is the nice guy next door. He hosts barbecues in his backyard and helps out his neighbors whenever needed. He is a good person. One who always stays on the right side of the law.But that all changes the night he is awoken by the sound of masked kidnappers entering his house. Holding him at gunpoint, they drag his beloved wife Alicia out of the house with a promise to kill her if he goes to the police, or fails to do what they ask.The next day the kidnappers issue their demands. They want Jerome to betray Beck Holdings, the company he has loyally worked for since graduating college, and they give him an impossible task: steal $50 million from Beck Holdings, or Alicia will die. Painfully.They think he’ll do anything to save his wife. And he will. But they don’t know they are messing with the wrong man. Because Jerome is a nice guy who’s not prepared to go down without a fight.What’s more, he will hunt the people who’ve taken Alicia to the ends of the earth. And if they’ve hurt even one hair on her head, he will make them regret it…This utterly page-turning, jaw-dropping thriller is perfect for fans of Lee Child, David Baldacci and Mark Dawson.

I listened to the audio production of this book and I am so glad I did. The tension and sense of danger for the characters were portrayed so well by the narrator. I found the book difficult to put down with plenty of twists and a lot of drama.
I liked that the main characters were ordinary people caught up in extraordinary circumstances. They weren't larger than life heroes but they did what they had to in order to survive. I liked Alicia. She wasn't portrayed as a dumb damsel in distress waiting to be rescued. She was able to fight her corner when the occasion allowed for it.
This was an action-packed and exciting thriller. It made for great listening.