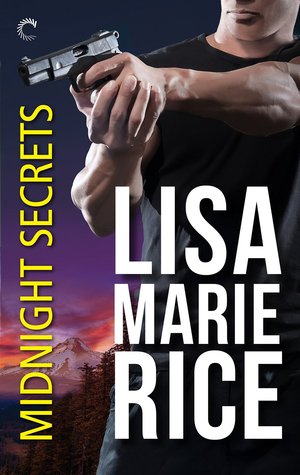 ''Former navy SEAL Joe Harris nearly died—twice—on a medevac helo after being blown up by an IED. He's not moving too great these days, but if there was ever a woman designed to jump-start a man's hormones, it would be his new neighbor.

Isabel Delvaux came from one of America's foremost political dynasties, until the greatest terrorist attack since 9/11 killed her entire family. She barely survived the Washington Massacre, only to become prey for rabid reporters. Fleeing to Portland and changing her name was a way out, a way to start over. The only way.
She knows she's safe with Joe Harris. Not just because he's big and strong, not just because he's part of a security team that obliterates threats on the regular, but because he's been to the abyss and back.
But as they help each other heal—through talk, through touch, through spectacular sex—the past comes back to play.

When Isabel's memory starts to return and a mysterious stranger sends Joe emails indicating Isabel is in imminent danger, he'll do anything to help her uncover the truth. Even if that truth is the most terrifying thing of all…''

A fantastic addition to the series. I couldn't put it down and I read it in a short space of time.

I loved the slow, sweet development of Joe and Isabel's friendship. They kept their distance from each other but Joe quietly looked out for her and she thanked him by cooking up spectacular dishes for him and leaving them on his doorstep. Their friendship didn't go beyond that and yet there were quite a few nicely romantic scenes in this stage of their relationship that I liked best about the book and it really drew me in to the story. I felt a sympathy and a connection to the pair.
When things started to heat up at the same time as danger threatens the pace takes off. Reinforcements are brought in and the plot thickens.
The story is rich in plot and detail. There are plenty of twists, intrigue and action sequences to keep you glued to page right to end.
I'd recommend the entire series and can't wait for the next installment!