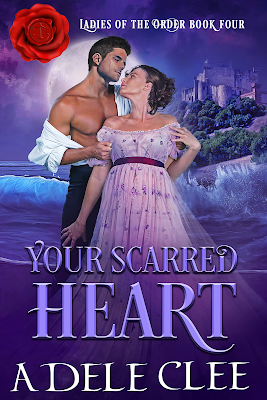 An enquiry agent hiding from her past.When Miss Honora Wild meets her first client, she fears there has been a dreadful mistake. Having escaped from a domineering father, she shouldn’t have to work for a man suspected of murder, one whose mood matches his frightening facial scar. She shouldn’t have to venture to his clifftop castle to prove the devil is innocent of the crime. But she owes her employer a great debt and has no option but to accept the assignment.A lord plagued by injustice.Lord Deville, had every reason to murder his brother and almost wished he had pushed the fool off the cliff. Society sees Sylvester’s disfigurement as a sign of guilt, and he’s desperate to clear his name. He had known to expect a female agent, but devious women have been the bane of his existence, and he suspects Miss Wild is hiding a wicked secret beneath her timid facade.Will Honora learn to see beyond Sylvester’s intimidating persona?Will Sylvester learn to trust a woman who’s not been entirely honest?

The series continues with this exciting and gothic style romantic mystery.
Lord Deville is the scarred hero who needs to find out what really happened to his brother and sister in law.  Now is assigned the task of investigating with him.  Lord Deville's estate provides a dark and gothic backdrop with dungeons, caves, storms and a whole house full of strange servants. There are plenty of questionable characters and the author does a great job of distracting you from the real culprit.
This was an exciting and romantic read. The initial scene at the auction where Deville was trying to buy back his pianoforte put a smile on my face as did Daventry's quip at the end of the book in relation to it.
Deville and Nora's relationship was sweet and endearing.  They are both scarred and wary but they find their soul mate in each other.
A great addition to a fantastic series.
Your Scarred Heart is available now Amazon
Posted by Just Book Talk at 10:38:00