Today is my day on #TheWriteReads #UltimateBlogTour for With Fire in Their Blood by Kat Delacorte. I'd like to thank  The Write Reads and Penguin for my early copy.

With Fire in Their Blood will be published on the 1st of September. 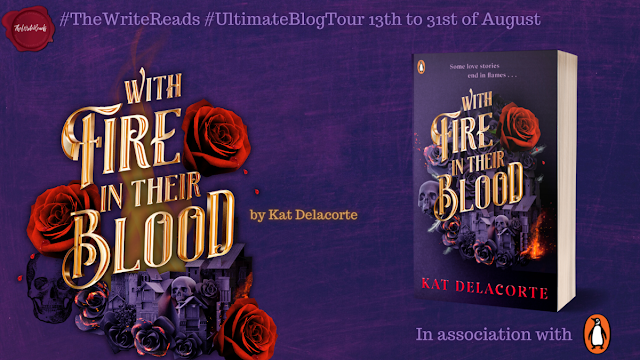 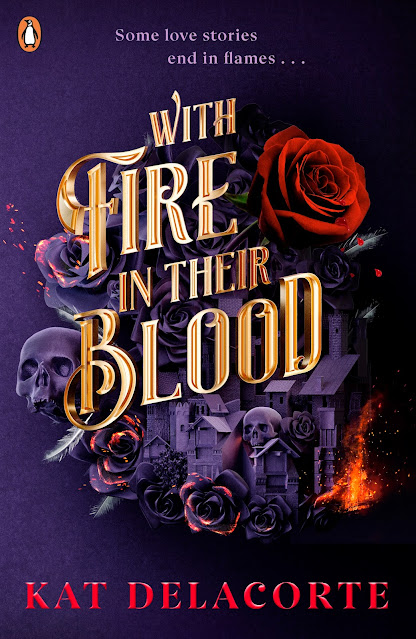 Find it here to preorder at Amazon

Add it to your shelf on Goodreads

From the word-of-mouth fantasy sensation Kat Delacorte – the standout debut star of 2022 YA Lit Con (YALC) – comes the first instalment in a new YA fantasy duology.

Packed to the brim with bisexual and queer representation, With Fire in Their Blood is a simmering supernatural romance set in the crumbling Italian city of Castello, where mafia clans make the rules, dark magic pulses the streets and the sins of the past threaten to consume the present. . .

When sixteen-year-old Lilly arrives in Castello, she isn't impressed.
A secluded town in the Italian mountains is not where she saw her last years of high school playing out.

Divided for generations by a brutal clan-family war, the two halves of Castello are kept from destroying each other by the mysterious General, a leader determined to maintain order and 'purity'. . . whatever the cost.

Lilly falls in with the rebellious Liza, brooding Nico and sensitive Christian, and sparks begin to fly. But in a city where love can lead to ruin, Lilly isn't sure she can trust anyone -- not even herself.

And then she accidentally breaks Castello's most important rule: when the General's men come to test your blood, you'd better not be anything more than human...

Perfect for lovers of Chloe Gong, Renée Ahdieh and V.E. Schwab, With Fire in Their Blood is quality YA storytelling at its best by an exciting new voice in YA fantasy.

With Fire in Their Blood, dark and gothic is a dystopian fantasy infused with paranormal and magical elements.
The eerie and isolated town of Castello in Italy is a great location for this story. It is atmospheric and creepy. There's a general sense of doom and oppression right from the moment Lily enters the town. The fact that the town is divided between two warring factions and heavily policed by armed guards felt very real and reminded me of Northern Ireland during the Troubles. I could really feel the animosity and underlying current of hostility and mistrust the residents of Castello had for each other.
I found myself heavily immersed in this magical world of Castello and hooked from the very beginning. The story is quite quick paced but the tension and suspense really ratchet up a notch in the final quarter of the book. It's exciting and nail-biting and I had my heart in my mouth all the way to the end.
I loved the character development.  Lily's peers were antagonistic towards her at the beginning but a friendship of sorts developed between them as the story progressed. The twists and turns in their relationships added a sense of heart and camaraderie and it pulled at my heartstrings when they were presented with conflicting and unbearable choices.
The adults in the book were less easily understood as their motivations and agendas were more hidden. I was left wondering about Lily's father. What had he been trying to tell her and what happened to him in the end? I was getting the sense that he went to Castello with a hidden agenda and that he was trying to protect her somehow but none of this is revealed. I'm hoping he will redeem himself in the next book and that said book isn't too far away. 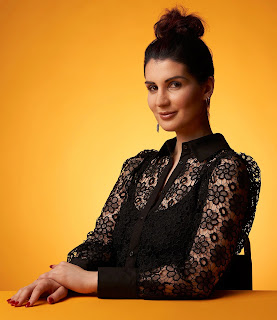 Kat Delacorte was eleven years old when her family moved from the United States to a small town in central Italy. She soon began writing stories about her new friends developing superpowers, and she hasn't looked back since. She graduated with a BA in History from Columbia University, and lives in Venice, Italy.