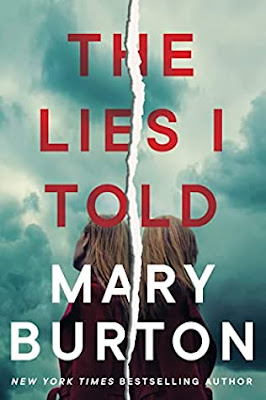 For a woman obsessed and a killer in her shadow, remembering the past becomes a mind game in a novel of psychological suspense by New York Times bestselling author Mary Burton.Twin sisters Marisa and Clare Stockton were sixteen when Clare’s body was found in Virginia’s James River. No arrests were made. Fourteen years later, Marisa’s friends and dedicated career as a photographer help her to cope with the open wound of the past. But Marisa still feels the hurt—and the unsolved murder isn’t the only thing haunting her.A recent car crash has erased ten days of Marisa’s memories—a black hole leading up to the accident that’s left her disoriented. Every text and phone call from that crucial missing time has vanished, along with her phone. A photograph she took of the river has disappeared. A new neighbor Marisa believes she knows introduces himself as if he were a stranger. And there’s the growing fear that her near-fatal accident was no accident at all. As dreams of Clare and nightmares of the crash begin to converge, so do two disturbing puzzles fourteen years apart.Putting the pieces together could be fatal. As she struggles to remember everything, Marisa closes in on a killer—without realizing that he’s already closed in on her.

The Lies I Told is a clever and emotionally charged psychological suspense.
There is an eerie sense of unease and an air of menace right from the beginning and this only increases as the story progresses and as we get to know Marisa. She has a tragic past with the unsolved murder of her twin sister haunting her and a growing belief that her own recent car accident was no accident at all.
I liked Marisa a lot. She is a flawed character in that she has struggled with addiction in the past but has put in the work to turn her life around.
There are plenty of red herrings, suspects and twists and turns to keep the reader guessing. The plot is quick-paced and eventful making it a real page turner and a book I couldn't put down.
The Lies I Told is out now Amazon