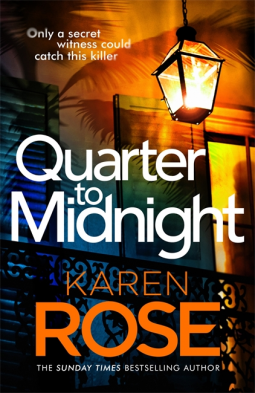 The truth of what happened that night lies with a secret witness.Quarter to Midnight is the first thrilling novel in a brand new series by Sunday Times bestselling author Karen Rose, set in New Orleans.Rocky Hebert walks into his death at quarter to midnight one New Orleans night.His son Gabe cannot accept the official verdict of suicide and enlists the help of the Burke Broussard Private Investigation Agency to discover the real cause of death.PI Molly Sutton knows what it's like to lose a father in tragic circumstances and will go to any lengths to crack the investigation, as she tries to fight off her growing feelings for Gabe.They soon realise Rocky was working on an investigation of his own; one that threatened to expose the deep corruption going all the way to the top of the police department. And that the key to the puzzle lies with a young witness to a murder that happened years earlier: Xavier Morrow.Just what did Rocky know? And who might have shut him up?As they get closer and closer to the truth, they realise that the killer is not going to stop at Rocky. And that Xavier is in very real danger. Someone will go to any lengths to protect what he witnessed that night coming out...'High-wire suspense that keeps you riveted' Lisa Gardner'Intense, complex and unforgettable' James Patterson'Fast and furious' Sun

As an avid reader of all Karen Rose books, I was so happy to start this one.
Quarter to Midnight starts off in a shocking and tension seeped scene where the reader is confronted with two murders. What makes it shocking for the reader is that we learn a lot about the second victim, Rocky, as events unfold and he becomes important to us. As readers, we want to find justice for him.
We are already invested in finding the killer by the time Gabe hires a PI to find out the truth. They discover that the key to everything is an unsolved murder that occurred during Hurricane Katrina. As the body count rapidly climbs and attempts on their lives increase it becomes a race against time to put a stop to it once and for all.
There are a lot of characters in this book but they are all important and connected. There are quite a few that I hope will feature in the series as it progresses.
Molly and Gabe made a good team and I like that Molly was capable and smart. Her backstory is as equally compelling as the main storyline.
A thrilling and exciting new read from Karen Rose.
Quarter to Midnight is out now!
BookDepository
About the author 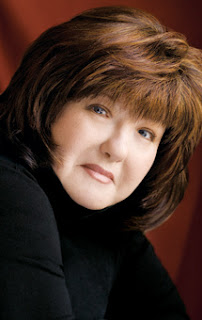 Internationally bestselling author Karen Rose was born and raised in the Maryland suburbs of Washington, DC. She met her husband, Martin, on a blind date when they were seventeen and after they both graduated from the University of Maryland, (Karen with a degree in Chemical Engineering) they moved to Cincinnati, Ohio. Karen worked as an engineer for a large consumer goods company, earning two patents, but as Karen says, “scenes were roiling in my head and I couldn't concentrate on my job so I started writing them down. I started out writing for fun, and soon found I was hooked.”

Her debut suspense novel, DON'T TELL, was released in July, 2003. Since then, she has published more than fifteen novels and two novellas. Her twenty-sixth novel, QUARTER TO MIDNIGHT, will be released in 2022.

Karen's books have appeared on the bestseller lists of the New York Times, USA Today, London's Sunday Times, and Germany's der Spiegel (#1), and the Irish Times, as well as lists in South Africa(#1) and Australia! To date, her books have been translated into more than twenty languages.

A former high school teacher of chemistry and physics, Karen lives in Florida with her husband of more than thirty years.