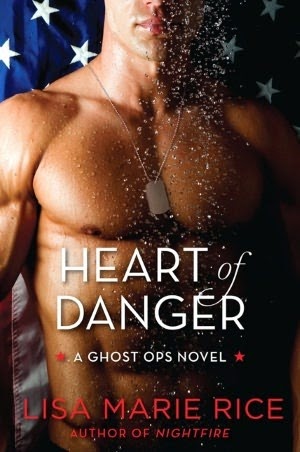 This series takes place in the near future. 'Heart of Danger' introduces us to a covert military group living off the grid, after escaping custody, before they could be court martialed. They were betrayed and set up to take the fall for the murder of scientists working on a cure for cancer. Three of the operatives survived the doomed mission and live in hiding. They have set up a semi self sufficient community, Haven, for themselves and other misfits and geniuses, who for various reasons needed to disappear. Only two people know where they are. So, when Dr. Catherine Young, an empath, arrives out of the blue looking for Mac McEnroe, with a message from the man who had betrayed them, it is feared that a trap has been set to capture them. Will Mac's attraction to Catherine jeopardise their safety? Will they act on her message that they have to rescue the man who betrayed them? 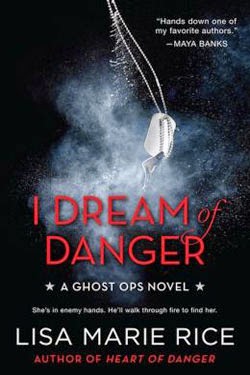 I Dream of Danger

Nick Ross, one of the Ghost op soldiers, disappeared suddenly from Elle's life and she is convinced he has abandoned her for the second time. In her distressed state, she moves away, changes her name and enrolls herself at university. She has an interest in the field of psychic phenomena, as she herself has the ability to travel outside of her body when she is dreaming. She becomes a respected scientist and researcher, ultimately working for the same dodgy pharmaceutical company that Catherine Young worked for. When her colleagues suddenly start disappearing one by one Elle is warned that they will be coming for her next. She sends out a desperate psychic call to Nick for help. Nick has been haunted for the past ten years by his feelings for and memory of his time with Elle and he can't explain why or how he has this sudden and desperate feeling that she is in danger, but, the Ghost Ops team will stop at nothing to find her. 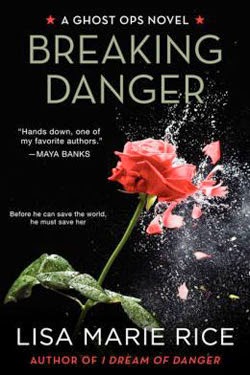 In this conclusion to the trilogy, a virus manufactured by the pharmaceutical company has been unleashed on the general population. People are turning into mindless hunters with only one agenda...to kill. With one bite being enough to become infected with the virus, people are dying by the thousands and soon there are only pockets of surviving healthy people. One researcher, Sophie, manages to escape the lab with an antidote but needs the help of Elle's friends to get her out of Dodge and to a place where she can start working on mass producing the antidote, before society is completely destroyed. Jon takes it upon himself to find his way through the swarm of infected to find Sophie and bring her safely home to Haven. Ultimately, it comes down to these two people to save humanity.

This series is an exciting mix of sensuous romance, suspense and action. Don't read if you are offended by any explicit sex scenes.