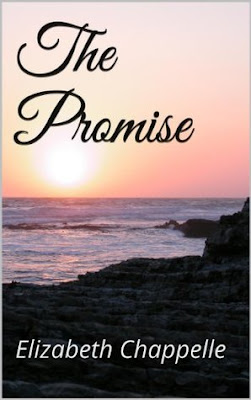 Lucy's perfect world came crashing down around her when she heard those four dreaded words: "I don't love you". Followed by the slamming of the door. Six months later, still in shock and denial, Lucy boarded a plane to go somewhere far away. She needed to be alone, with no memories of Paul. While in Egypt she met Sebastian Steel, whose origin was as potent as his magnetism; he was half English, half Italian, and a successful hotelier in Sharm el Sheikh and Cairo.


The narration of this story makes for very easy listening. The book can be listened to in a few hours so it is perfect for relaxing at the beach or on a journey.

The narrator portrays the emotions of the characters very well. I could feel the hurt, betrayal and loss that Lucy was feeling at the beginning of the novel. I could hear the laughter and humour in Lucy's voice as she developed a relationship with Sebastian.

I don't think I would have enjoyed this novel as much if it wasn't for Melanie Fraser's narration.
The story had potential to have so much more drama. I found the romance to be unrealistic. Getting divorced, meeting, falling in love and the inevitable Happy Ever After occurred over a few weeks on holiday. Her parents were far too happy that she got engaged to man she met on holiday while she was getting over a divorce. I'm 35 and I can imagine how my parents would react. My mother would probably chase the guy back to the airport with the sweeping brush!!

I thought the author could have extended the story and their relationship in England a bit more before they settled down. I would also have liked to know how Sebastian managed his Egyptian hotels from England and was it really the last they would hear from the duplicitous Tara? But in saying that, I enjoyed the story and would listen to it again.

This is a sweet, simple romance and I would recommend it to anyone who wants an easy, relaxing listen.

I received a copy of this audio book from the narrator in exchange for an honest and unbiased review.
Posted by Just Book Talk at 10:14:00