A Guide To Being Just Friends: Jansen Brothers #3 by Sophie Sullivan (2023) 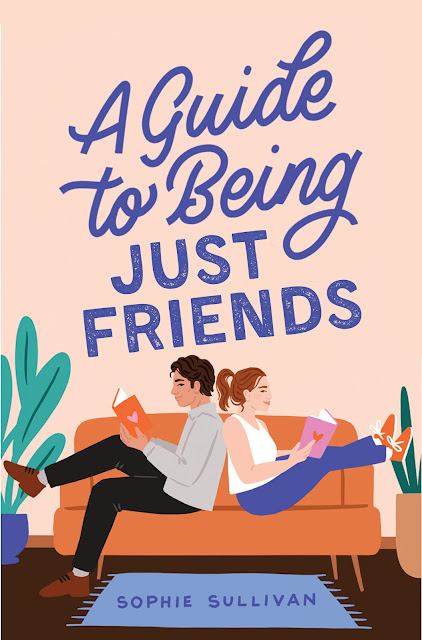 A playful and emotional romantic comedy from the author of Ten Rules for Faking ItHailey Sharp has a one-track mind. Get By the Cup salad shop off the ground. Do literally everything possible to make it a success. Repeat. With a head full of entrepreneurial ideas and a bad ex in her rearview, her one and only focus is living life the way she wants to. No distractions.Wes Jansen never did understand the fuss about relationships. With a string of lackluster first dates and the pain from his parents’ angry divorce following him around, he’d much rather find someone who he likes, but won’t love. Companionship, not passion, is the name of the game.When Hailey and Wes find each other in a disastrous meet cute that wasn’t even intended for them, they embarrassingly go their separate ways. But when Wes finds Hailey to apologize for his behavior, they strike a friendship. Because that’s all this can be. Hailey doesn’t want any distractions. Wes doesn’t want to fall in love.What could possibly go wrong?
🌟🌟🌟🌟
A slow-burn romance with a bunch of characters I'd like to be friends with.
The best thing for me in this book was the friendships. There is a whole host of side characters in this book with different personalities and qualities in people you would enjoy knowing. Some have appeared in the previous books so it was nice to see them involved in this story. Hailey's friends are funny and supportive. I loved Fiona and her silly quizzes.
Wes and Hailey's friendship started awkwardly but they were the perfect complement to each other. It was obvious there were sparks between them but they made the conscious decision of being friends. Their bond and friendship blossomed as they spent time together just doing normal stuff. They could be themselves without any judgement or expectations. They were really sweet together. Wes was down to earth, kind and generous but a bit stuck in his ways. Hailey was strong and independent. I liked that she stood up for herself in her relationship with Wes but that she eventually learned to accept help and support from people who love her.
I enjoyed watching them fall in love while not realising it and how they handled it when the penny dropped.
A few characters were new. I liked Leo. He had an interesting story that wasn't fleshed out and I'm wondering if the author isn't completely finished with the Jansen universe.
I would have liked to have seen the Ana situation get resolved more satisfactorily. She got away too easily with her behaviour. I felt that the situation with the father was glossed over as well.
Wes's mother was mentioned but didn't appear in the book and it would be interesting to see how she settles into the neighbourhood.
A Guide to Being Just Friends is a cute slow burn romance, entertaining, angsty and fun. To be published on the 17th January 2023.
Posted by Just Book Talk at 10:08:00