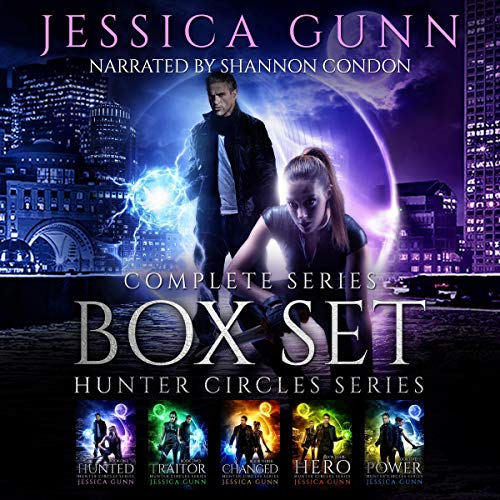 This is a complete five-book series urban fantasy adventure bundle.

Bound by duty. Marked by fate.

I’m Krystin Blackwood, and I’ve only ever been good at one thing: killing demons of Darkness.

But at 24, I’m about to face my toughest challenge yet: shifting from working alone to joining a team of three other Hunters. Newbie Hunters. They don’t know their magik, they barely know their place in the world, and when they find out the secrets I’ve been carrying, they’ll definitely decide it’s safer if they don’t know me.

But unfortunately for them - and me - Darkness has other plans. Lady Azar, Darkness’s heir, stole my new team leader’s son two years ago. Now, she and her lackeys are rallying to exchange Ben’s son for me because of the power I wield. I’m one-half of a prophecy to save an ancient city the Powers of Good lost centuries ago. And if I fail or die before that happens, the destruction of that city will be felt across all planes of existence.

If we can’t find Ben’s son before All Hallows’ Eve and somehow save him without putting my life at risk, that existential explosion will absolutely happen. But it’ll be nothing compared to the destruction wrought if Lady Azar changes Ben’s son into a demon...and her minion.

Because the only thing more dangerous than me with a blade is a father’s wrath.

This complete series bundle contains all five books of the Hunter Circles series: The Hunted, The Traitor, The Changed, The Hero, and The Power. All are full-length 60,000-plus-word urban-fantasy adventure novels full of nonstop, action-packed adventure and demon-fighting, magic, gray anti-heroes, a slow-burn romance, and a story full of heart from the very first chapter. 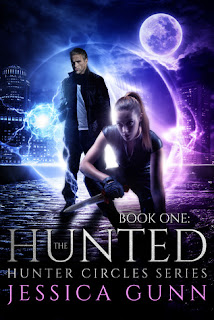 #1  The Hunted The first book introduces us to the characters and sets the scene for battles the Hunters will face against the demons as they struggle to fulfil a prophecy to save a lost city. The fight scenes are very dramatic, tense and suspenseful as the group try to rescue the kidnapped infant of their group leader. The evil or bad characters I found to be very intriguing and I enjoyed Giyano's interactions with the Hunters. He appears to be a complex character and one bad boy I quite like!
The story held my attention all the way to end and left me looking forward to the next instalment.
Posted by Just Book Talk at 15:58:00