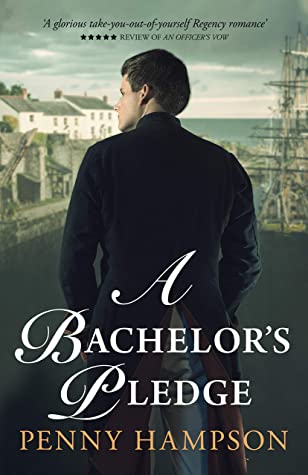 The woman who haunts his dreams

Secret agent Phil Cullen is upset when he discovers that the young woman he rescued from Mrs Newbody’s establishment has absconded from his housekeeper’s care without a word. Thinking he has been deceived, he resolves to forget about her… something easier said than done.

The man she wants to forget

Sophia Turner is horrified when she is duped into entering a notorious house of ill-repute. Then a handsome stranger comes to her aid. Desperate that no one learns of this scandalous episode, Sophia flees to the one friend she knows she can trust. With luck, she will never see her mysterious rescuer again.

But fate has other plans…

Months later, Phil is on the trail of an elusive French agent and Sophia is a respectable lady’s companion when fate again intervenes, taking their lives on a collision course.

Traitors, spies, and shameful family secrets - will these bring Sophia and Phil together… or drive them apart?

This story was non-stop excitement from start to finish and so difficult to put down!
Sophia unwittingly gets caught up in the machinations of French agents and is the target for abduction on more than one occasion. Phil is the protective agent of the Crown who pledges to keep her safe.
There were so many heartstopping and suspenseful scenes throughout the book. I loved every minute of it.
The romance between Phil and Sophia was very endearing. Sophia was very wary of him initially especially as he was so highhanded in his plans for her. However, I enjoyed watching them begin to respect and admire each other. I loved Sophia's independent streak and how bravely she set out to determine her own future especially as a young woman who had never before ventured further than her own village.
The side characters were great, especially the Pridhams who were a very likeable and kind couple. I was happy to see Sophia find good friends. There were a few other slightly shady characters who added drama and intrigue. Lieutenant Ashdown was one such character where there was more than meets the eye to him. I'm hoping he gets his story told in the next book!
This was a wonderfully exciting and romantic read. Not to be missed!!

A Bachelor's Pledge is out now Amazon