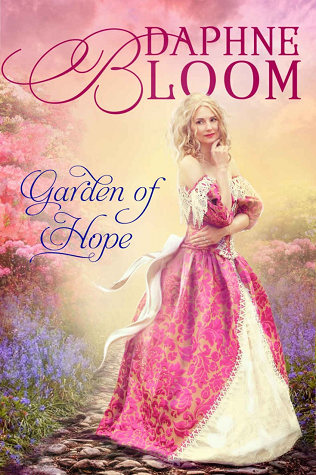 Can two lost causes find love in the arms of one another?Lily, the peculiar youngest daughter of an earl, would rather spend her life as a spinster, tending to her garden—alone. But when her father falls critically ill, she suddenly faces the possibility of becoming a penniless relation living on the charity of her sisters, unless she can find a husband—now. But facing her fifth Season and feeling unable to meet the requirements of a proper wife, Lily despairs of finding a kind and patient man she can trust enough to marry.Henry, the war-wounded second son of an earl, needs to have a son to secure his family's future. But worried his condition could worsen and leave him crippled, he fears turning any future wife into a mere companion and nursemaid.Both are unable to resist the pressure from their families to attend the Season and at least try to find a spouse. Can these two lost causes see past their own limitations and let love in?Garden of Hope is a sweet, clean Regency romance and book 1 in the Garden of Love series! It is a STANDALONE romance novel. No cheating, no cliffhangers, and a guaranteed happily ever after.

A beautifully written romance. Lily and Henry are deemed flawed by society but are determined to follow their own paths to happiness instead of meekly following everyone else's agenda.
I couldn't help but feel for Lily, A sweet girl on the spectrum who finds peace and solitude in her garden. To find herself being thrust into the social demands of the season could only have been torturous, not to mention the added indignity of gossip and the impression people had of her that she was an oddity and bit of a loon. It was obvious from the beginning that she and Henry would be perfect for one another and I couldn't help but hope that things would work out for them. They both have their insecurities but they had a few sweet scenes. In the garden during the ball springs to mind and when Lily sent Henry a thoughtful gift at the same time he was sending one to her. I thought it was adorable the way his servants gave him encouragement.
This was a quick and very enjoyable read and certainly put a smile on my face.
I'm really looking forward to the next book in the series. I'm also wondering if Lord Astley will make an appearance in one of the future titles.
Garden of Hope is out now. Amazon
Posted by Just Book Talk at 14:46:00