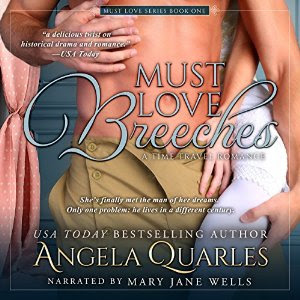 She's finally met the man of her dreams. Only one problem: he lives in a different century.
How far would you travel for love?
A mysterious artifact zaps Isabelle Rochon to pre-Victorian England, and suddenly her love of historical authenticity collides with the reality that she's a modern-day girl. But when a thief steals her card case, she determines to retrieve the time-travelling artifact. Now she must hunt down the case, navigate the pitfalls of stiff society London, conceal her time-travelling origins, and resist her growing attraction to Lord Montagu, a viscount so hot he curls her shower-loving toes.
Lord Montagu is resolved to avenge his sister and has no time for dalliances, despite the appeal of the strange but lovely Colonial. However, when his scheme for revenge requires a respectable match, he convinces Isabelle to masquerade as his fiancée. But he did not bargain for Ms. Rochon being his intellectual match or the irresistible attraction.
Isabelle thought all she wanted was to return home, but as passion flares between them, she must decide when her true home, and her heart, lies.
Set in 1834 London, this time travel historical romance features a small cast of historical characters, including Ada Byron, Lord Byron's daughter, and Charles Babbage, inventor of the Difference Engine. It explores the often overlooked scientific developments of pre-Victorian London.
With a heroine caught between the Regency and Victorian eras, find out why USA TODAY calls this time travel romance "a delicious twist on historical drama and romance."

Mary Jane Wells manages to make the story sound like it is set in historical times. She makes a difference with Isabel who is a modern day woman but the other characters all suitably sound like they are from the past.
I loved hearing Isabelle's American accent and her cute inner thoughts about Lord Montague in juxtaposition to the English accent and formal dialogue of the time. I liked the humour in the story. Isabelle doesn't find it completely easy adjusting to the time period and her thoughts and observations are funny.

I really enjoyed the this book. Lord Montagu is a charming character and the romance between him and Isabel was sweet. I liked that they had a mystery to solve but I would have liked it to be a bit more dangerous or exciting.
I found Isabel's musings in her letters to Kate to be amusing and fun to read.

The final scenes that played out between Lord Montagu and Isabel made a lovely romantic ending to the story and the epilogue gave a nice glimpse into what their lives were like further down the years.

I received a copy from the author via audio book blast in exchange for an honest review.
Posted by Just Book Talk at 20:44:00