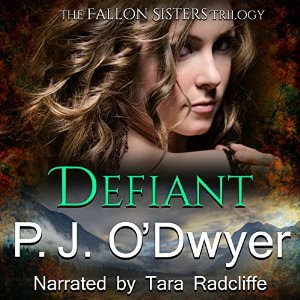 Intrigue, romance, suspense....
Defiant supports horse rescues around the world. With every purchase, a donation will be sent on your behalf to help with their mission of rescue, rehabilitation, and education. Together we can end horse slaughter for good.
When love turns deadly, the beloved play dead.
Western Maryland farm girl Kate Fallon wanted more than horse pastures. Now a trial lawyer in the affluent Annapolis law arena and married to multi-millionaire Jack Reynolds, also the US Attorney of Maryland, she's got it all - at least everyone thinks so.
Behind closed doors, Jack is as cruel as he is intelligent, as controlling as he is handsome. When his tirades turn physical, Kate must fight for her life. But her efforts to leave him will take her down a rabbit hole to secrets she doesn't fully understand, and that Jack will kill to suppress.
Two years later, Kate's keeping secrets of her own. Living as Charlie Robertson, a take-no-lip general contractor, she's secure most days knowing her nightmare is right where she left him - 2,000 miles due east under FBI scrutiny. Wielding a nail gun instead of a briefcase suits her, as does the small mining town of Creede, Colorado. With its scenic views and open spaces, life is simple and so are her rules: lock all doors, check for signs she's been followed, and don't get involved romantically ever again.
Unfortunately, retired Navy SEAL and tourist Nick Foster didn't get the memo. Mysterious, sexy, and powerfully attracted to Charlie, Nick typically likes things easy. Only easy isn't in Charlie's vocabulary, and neither is trust. Worst part is, she's right not to trust him, and yet he can't help falling for her. But love won't save either one of them if she discovers his true identity or doesn't give him what he came for. His boss won't tolerate failure.

This story was filled with plenty twists and turns and kept me listening for far longer than I probably should have been. The demands of everyday life did not get a foothold while I was listening to Defiant.
I enjoyed the suspense and excitement in the first quarter of the book when Kate is building evidence against her husband. As the tension built I couldn't help but feel a little bit scared for her. It the later section was just as exciting when Kate's new life is threatened by her past.
I am really looking forward to the rest of the series.

I received an audio copy in exchange for an honest review

Defiant is available at Amazon  Audible and with FREE SHIPPING from BookDepository
Posted by Just Book Talk at 10:35:00