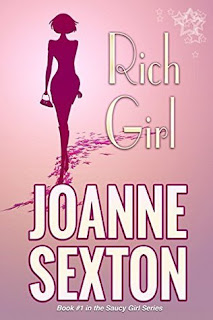 Chelsea Summerville has a stalker who is kidnapping and murdering women resembling her, just to carve them up with a message. Judged unfairly by the sociopath Chelsea fears for her life.
The murders sting Detective Lucas Hudson's raw nerves. In order to save Chelsea they become partners, intimate partners. Lucas recalls the past, determined to prevent the mayhem unfolding, and this time to stop a killer before he loses the woman he loves.
Chelsea is hunted, passion blurs lines, and drama ensues. Romantic suspense follows the knotted curve of love whilst she is pursued by madness. There's a fine line between love, obsession, and hate.


After reading the blurb for this book I was excited to read it as the murders sounded creepy and a bit scary.

The mystery and suspense in the novel was well done and I enjoyed trying to figure out who the murderer was. There were enough twists and turns to hold my interest and keep me guessing.
However, I didn't really warm to Chelsea and Lucas's relationship at the beginning as it felt rushed and forced. They didn't have a previous friendship or liking for one another that would have lent a bit of authenticity to their very sudden relationship. At the end of the book Lucas became a big disappointment for me. He made decisions that I didn't think were necessary and Chelsea who was a sweet character really should have made his life miserable by making him grovel big time for a second chance.
Posted by Just Book Talk at 19:35:00