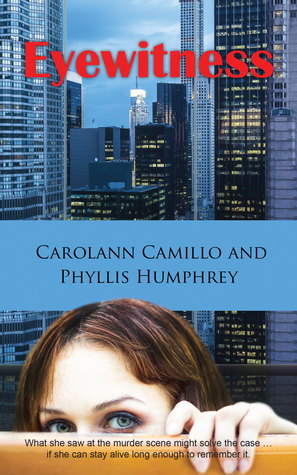 The big break Toni Abbott longed for has finally arrived. She has been cast as the soap opera villainess everyone loves to hate, and because of her, ratings are soaring. Then her lucky streak runs out. During a late-night photo session, Craig, the photographer, is shot to death. In the confusion Toni hits her head and is knocked unconscious, and when she awakes, she can’t recall what happened. If she could regain her memory, could she identify the killer? Apparently the killer thinks so, because soon after the incident, Toni hears someone breaking in to her apartment and barely escapes. Too bad the police believe she is somehow responsible for Craig’s murder. It doesn’t help that her character on the show is so convincingly nasty and conniving.Was the target really Craig, or did the killer aim for Toni and miss? Craig was an unscrupulous womanizer. Any number of people might have wanted him dead, including a career criminal he helped convict, his business partner, his wife, and his mistress. Despite her winning personality, Toni has her share of enemies, among them an older actress jealous of her success and the show’s director, whose animosity baffles her. With the help of Michael Benedict, a handsome young criminal lawyer, Toni sets out to awaken her dormant memory and unmask the killer. Meanwhile the character she plays, Alexandra, is in a coma, fighting for her life. The writers will decide Alexandra’s fate, but Toni must save herself.

Review
I loved it. A soap opera within a soap opera! A hugely entertaining read with a multitude of suspects to keep you guessing until the end. You have to pay attention as the suspect list is as long as the casting list in the book's fictional T.V. show. The characters all have suitably soap opera personalities and egos to match their lifestyle.
Sorting through professional rivalries, jealousies and threats to find the killer is an up hill struggle for Toni especially when there are very few people she can genuinely trust to help her. Luckily, Michael, her lawyer, is smart and trustworthy. He's also easy on the eye which is always a bonus in these matters.