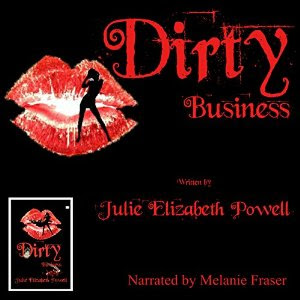 Gavin Bloom and Alex Moore run an online magazine for an adult market; although each insists it has to be within the limits of not only the law but to their sense of decency. Gavin is on the edge of developing a revolutionary turn for that very magazine, a program that will no doubt secure the business, maybe forever.
Amidst the excitement and enjoyment of its success, however, is the mysterious and heinous murder of one of their own.
Who can have done it? And why?
And who is the woman fastened by a chain to a wall?
Follow the twists and turns and perhaps you can solve the puzzle before they do.

Review
A fantastic suspense filled mystery.
The story is told from lots of different perspectives and so no one main character ever really emerges. I did however like Inspector Maplin the best and I think I would have enjoyed this book equally well if it had been told simply from his point of view along with Lily's.
He was an interesting character. He was older and so had experience and wisdom on his side. He was also smart and kind and had the added task of being a mentor to his troublesome younger colleague. The dynamic between these two very different men being partnered together to solve murders would make an interesting series of its own.
I would certainly consider the audio edition to be a superior experience to reading the novel from print. Melanie Fraser's performance slows down the reading pace which emphasises the suspense. Through her performance, the nail biting episodes involving Lilly's kidnapping was made more intense. In reading the print version I would have simply raced through those scenes as fast as I could to find out what happens next, thus losing much of the suspense and attention to detail more evidenced in the audio version.
I enjoyed the scenes involving Lily, particularly the episode where she attempts to escape. The suspense was nail biting. Having been with her from the beginning of the novel and experiencing her captivity along with her, I had developed an attachment and emotional connection to Lily that I didn't feel with the other characters. It wasn't clear at all, even towards the end, whether or not Lily would survive her kidnapping ordeal and so I listened to these episodes with a little bit of dread and my fingers crossed!

I'd recommend this novel and audiobook to all fans of murder mysteries.

This audio book was gifted to me in exchange for an honest review.