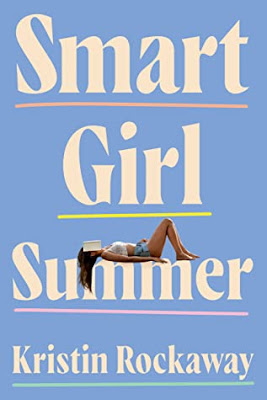 From Kristin Rockaway comes a fun, insightful romance about what can happen when life gets off track but you’re willing to go along for the ride.This summer’s not going as Abby Atkinson planned. A thieving PhD advisor, a screeching halt to her grad program, and zero job offers have left her high and dry. Nothing a little eat, pray, love across the Mediterranean can’t fix, right?Or eat, pray, tutor, more like. Her dissertation might be dead, but she can still teach. She’ll just have to do it for six weeks on a superyacht with a billionaire and his daughter.A playboy billionaire, according to the tabloids―but Abby’s not so sure. As big as his bank account is, his heart’s that much bigger, especially when it comes to his daughter. Their strained relationship could use some mending, though, and Abby can help. She was hired to teach junior high math, but she’ll make room in her lesson plans.Falling for her boss wasn’t part of the plan either, but…Maybe it’s time she let her heart, not her head, teach her something new.

If you need something light in between dark reads this Halloween season then Smart Girl Summer will fit the bill. Also, I'm not ready yet for winter so travelling with Abby to sunny Europe really lifted my mood. The travel and sightseeing in the story was well written and I felt like I was on holiday too.
Abby is a nice character but she has a lot to deal with at university when her mentor steals her research and takes credit for it. I was hoping that Abby wouldn't let him get away with it and I was a bit disheartened with her when she kept saying she wanted to quit and to let it go. I wanted her to back and raise hell about it.
Richard's daughter, Bijou was a really nice child. I was expecting a spoilt, bratty preteen but she proved to be a source of humour and I liked the way she bonded with Abby and tried to enjoy her time with her dad.
Richard was perfectly pleasant and kind but a bit dull as we don't see him doing very much.
I found the budding romance to be lacklustre. Abby and Richard got on well as friends and touring around together but I didn't see any real build up of attraction or sexual tension between the two. More time spent on cute scenes of them together to develop their mutual crush would have enhanced my enjoyment of their romance.
In saying this, I found the book very entertaining, lighthearted and difficult to put down.