Keep You Close by Mary Burton 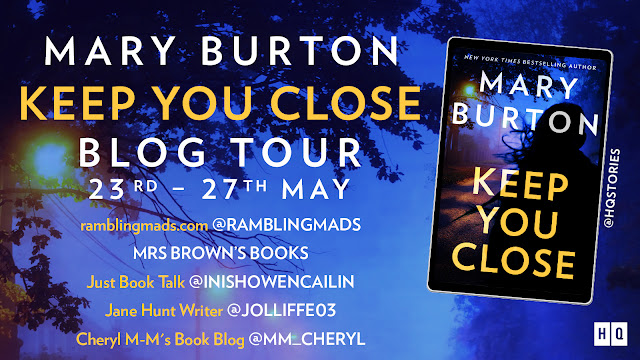 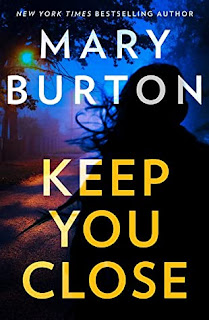 Old secrets are hard to keep buried in this gritty and gripping novel of suspense from New York Times bestselling author Mary Burton.Kelsey Warren may now be a high-flying journalist, but she’s never forgiven her reckless mother Donna for abandoning her as a teenager.Yet when Kelsey returns to her hometown and discovers her mother’s body at the bottom of a flooded quarry with a gunshot wound in her chest, Kelsey’s world is flipped upside down. Her mother didn’t desert her; she was killed.Despite Sheriff Mitch Garrett's pleas to leave the case alone, Kelsey is determined to uncover the truth about her mother. But small towns hide big secrets, and someone has their eye on Kelsey and is set on silencing her for good.Previously published as In Dark Waters

A quick read with a good mystery and characters I really liked. The mystery and the relationship between Garrett and Kelsey kept me turning the pages and I read the whole book in one morning.
Garrett and Kelsey have unresolved feelings for each other and I was interested in seeing how they were going to work through their awkward past mistakes. There were a few twists with exciting and dramatic scenes although it was obvious from the outset who was most likely to be the murderer.
I thought it strange that Stu hadn't worked out who the killer was when two random people managed to do it off-page and get murdered for it. This didn't bother me though but I did wonder how they figured it out.
Keep You Close is a good blend of mystery and romance and it certainly entertained me for a few hours and two pots of tea on a rainy Sunday morning.