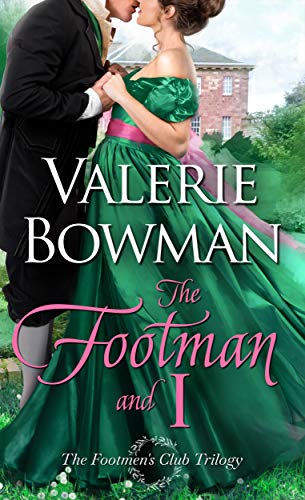 Let the games begin . . .Every fortune-hunting female in London is after the newly titled Earl of Kendall, but he’s intent on finding a wife whose heart is true. So, while drunkenly jesting with his friends in a pub one night, he has an idea—what if the ladies of the ton didn’t know he was a wealthy earl? All he has to do is pose as a servant at his friend’s summer country house party and make sure the guest list is full of beautiful, eligible debutantes. What could possibly go wrong?May the best footman win.Miss Frances Wharton is far more interested in fighting for the rights of the poor than in marriage, but her mother insists she attend a summer house party—and find herself a husband. Frances would rather wed a goat than the pompous man her mother has in mind, so in order to dissuade the would-be suitor, she vows to behave like a shrew. The only person she can be herself with is the kind, handsome footman she runs into at every turn. Their connection is undeniable, and the divide between them is no match for the passion they feel. But what will happen when Frances learns that the footman she adores is actually the earl she despises? In a game where everything is false, can they convince each other that their love is true?

A fun and charming read. Frances and Lucas are adorable and I loved watching them become allies and friends behind the scenes of a stuffy house party. The dinner party scenes were my absolute favourite! Their interactions as they grew closer were delightful and heartwarming. I couldn't wait for the sparks to fly once Frances figured out Lucas's real identity.
It was a great deal of fun all round and the happy ending left me very content.
The Footman and I will be published on the 30th of June.
Posted by Just Book Talk at 17:52:00