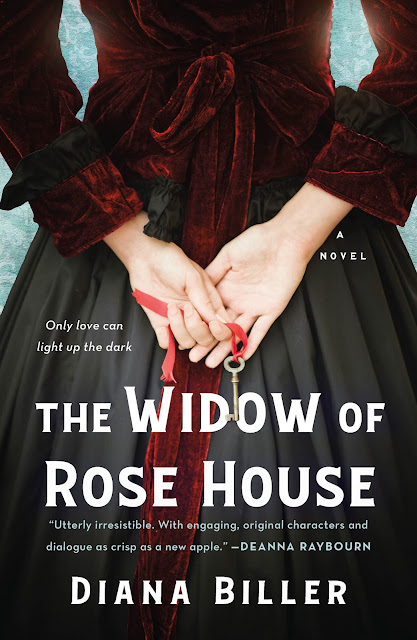 **Named a MOST ANTICIPATED ROMANCE of 2019 by BookPage**

Advanced Praise for THE WIDOW OF ROSE HOUSE

“A chemistry-fueled debut with a bit of a ghost story, great for readers of gothic romance”

“Get ready to devour Diana Biller's magnificent debut novel in one sitting. The Widow of Rose
House boasts memorable and vibrant characters, a delicious romance, great period detail, and a hint
of the supernatural. Alva and Sam spring off the page and to life, so that I now feel as though they are

friends of mine. This novel is a treat not to be missed!”
—Alyssa Palombo, author of The Spellbook of Katrina Van Tassel

Keep scrolling below to read Chapter One

It’s 1875, and Alva Webster has perfected her stiff upper lip after three years of being pilloried in the presses of two continents over fleeing her abusive husband. Now his sudden death allows her to return to New York to make a fresh start, restoring Liefdehuis, a dilapidated Hyde Park mansion, and hopefully her reputation at the same time.
However, fresh starts aren’t as easy as they seem, as Alva discovers when stories of a haunting at Liefdehuis begin to reach her. But Alva doesn’t believe in ghosts. So when the eccentric and brilliant professor Samuel Moore appears and informs her that he can get to the bottom of the mystery that surrounds Liefdehuis, she turns him down flat. She doesn’t need any more complications in her life—especially not a handsome, convention-flouting, scandal-raising one like Sam. Unfortunately, though Alva is loath to admit it, Sam, a pioneer in electric lighting and a member of the nationally-adored Moore family of scientists, is the only one who can help. Together, the two delve into the tragic secrets wreathing Alva’s new home while Sam attempts to unlock Alva’s history—and her heart.
Set during the Gilded Age in New York City, The Widow of Rose House is a gorgeous debut by Diana Biller, with a darkly Victorian Gothic flair and an intrepid and resilient American heroine guaranteed to delight readers.

This book ticked all the boxes for me- The Gilded Age, romance, Victorian gothic, mystery, witty banter and two main characters to fall in love with.
I loved the style of writing and its easy flow. The paranormal element and the little bit of ghost hunting in the story was fun and the witty banter between Alva and Sam had me smiling all the way to the end. I found myself reading this story in a short space of time as I couldn't put it down.

DIANA BILLER lives in Los Angeles with her husband and their very good dog. The Widow of Rose House is her debut novel. 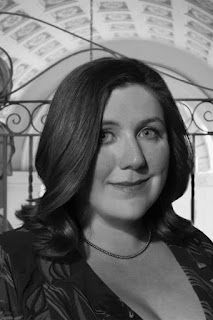