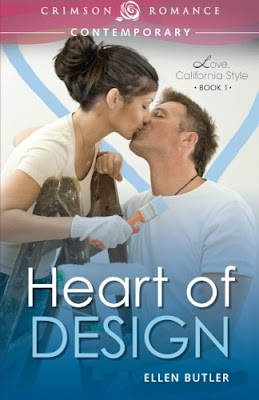 Sophie Hartland has recently turned 30, and is five years out from a confidence crushing divorce. She's sworn off men in favor of making her interior design business a success when her best friend introduces her to La Heat's hot new star, Ian O'Connor. He's one of Hollywood's beautiful people, with an Irish accent that makes Sophie's toes curl. Ian hires her to renovate his home, and at their second meeting he initiates a scorching kiss that knocks her socks off. Even though she would love to drop down and go for it on the funky kitchen floor, Sophie sticks to her guns and enforces her "no dating clients" rule.
The tabloids portray flirtatious Ian as Hollywood's latest playboy who has women falling at his feet, and Sophie refuses to be another notch on his bedpost. But Ian isn't the type to take no for an answer, and he finds Sophie a refreshing change from the actress wannabes trying to hop aboard his new gravy train of success. Using his charm, he tries to persuade Sophie to break the rules.
Can Sophie ignore her traitorous libido and hold Ian off for the next five or six weeks until the renovations are finished? Or will she cave in to his pull on her heartstrings, and end up doing the knicky-knacky on the new velvet sofa? More importantly, can she protect her heart in this game of wills?

Review
A charming and entertaining start to the series. Sophie and Ian make a cute couple. Sophie is a character with great integrity and has a rule of not dating clients. TV star, Ian, is no exception to the rule. Ian isn't deterred though but reluctantly acquiesces to her decision. It was fun to watch the two of them bond over shopping excursions and develop a true friendship.

I was a little bit confused over Ian's identity at the beginning as he had an Irish accent, which I couldn't quite hear, but he alternated between speaking like an old fashioned English person or a Scottish guy when he called a girl lass.
His parents also divorced when he was a child but divorce wasn't allowed here until the mid nineties. He refers to the Irish language as Gaelic instead of Gaeilge or simply Irish, the way we refer to it here. (There were also fadas missing when he spoke in Irish) In Ireland, if you said Gaelic we'd assume you were talking about Gaelic football.
However, my confusion was cleared up quickly as Ian explains his peculiarities. He speaks like an English person because he spent time there growing up. His parents divorced in America and then he moved back to Ireland with his mother, and later moved to the UK.
The only times I could actually hear his Irish accent was when he called Sophie 'luv,' and when he used Irish slang to give an insult. My Dad has been calling my Mum 'luv' for close to fifty years. It also wouldn't be out of the ordinary to hear my Dad say, 'she's got a face on her like a dog's arse,' or something similar out of his repertoire. (But thankfully, not in reference to my Mum)

Ian and Sophie's blossoming romance was fun to read. The story is both sweet and funny. I found myself smiling through most of it as I found their story entertaining and charming. It was impossible not to love these two characters. I was also thrilled when a suspense element was added to the story involving some background characters. This added lots of excitement to the story and it ticked off a couple of more boxes for me.
After reading Heart of Design everything else on my TBR list was put on the back burner as I couldn't wait to delve into the second and third books of the series.

Available in paperback and ebook 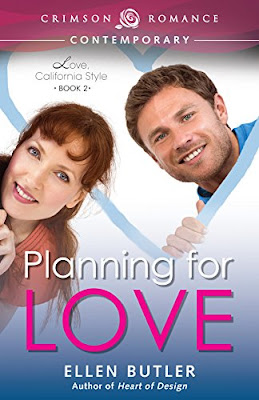 Poppy Reagan is a Type A personality who runs her professional life with the precision of a Swiss watch. After catching her latest boyfriend cheating, she decides it’s time to take her dating life as seriously as she does her business. She swears off the bad boys and strategically maps out a plan to find an honest, attractive man to become her life partner.
As she works her way through a summer of dates ranging from crazy to plain boring, she begins to wonder if her soulmate’s even on the same coast. Her foolish emotional spirit secretly yearns for the sexy Ohio dermatologist she met on a trip to Hawaii last year. The one who she insists is “just a friend,” because she refused to engage in a long-distance relationship.
Will her heart overrule her head and move this California girl to the Midwest?

Review:
I think Poppy is my favourite character from the series. She's smart, funny, successful and beautiful. She has no shortage of men wanting to date her but she has terrible taste and always ends up with a two-timing eejit.

There is a high element of comedy in the story.
I had to laugh at how Poppy responded after catching her last boyfriend with his trousers down. Her revenge involved a good mix of ingenuity and gumption!
After this, she decides to join an online dating site which results in many hilarious and disastrous dates.

She relates all the details, to her email friend, Adam, with whom she had a holiday fling.  I loved reading their email exchanges. They were flirty and funny and set me up for wanting a happy ever after for the pair.
Adam is secretly pining for Poppy and is determined to persuade her to forget online dating and give him a chance. Poppy also has feelings for Adam but is afraid of making that leap.

I couldn't get enough of Poppy and Adam. With great chemistry between them, the pair were strong characters, loveable and funny. 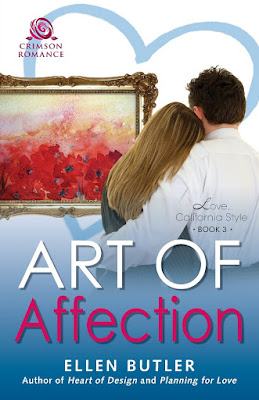 Holly Hartland has spent the last year in Los Angeles finalizing her divorce from an abusive husband and getting her career as an art gallery curator back on track while trying to raise her young daughter. She shares a nanny with Lapd detective Gary Sumner, whose wife ran off to France with another man, abandoning him and his daughter.
With full-time careers to juggle, Gary and Holly end up relying on each other to help keep watch over their girls, who've become fast friends. The platonic co-parenting roles they've adopted are perfect for two people who've sworn off romance, but the burgeoning sexual chemistry they share proves hard to ignore.
When a Christmas wish puts the children in danger, Holly and Gary are forced to set aside their trust issues and work as a real team to keep their families safe. But can they overcome their baggage enough to open up their hearts to love?

I was hoping that Gary and Holly would get their story. Planning for Love didn't have any suspense so I was pleased that there was an element of danger and suspense underpinning the story in Art of Affection.
The characters from the first two books also play a good role in supporting the story and providing entertainment.
Gary has more of a serious personality in comparison to Ian and Adam and so there is less comedy in Art of Affection than the previous two novels.
Holly, a strong character, is a survivor of domestic abuse and is good friends with her neighbour, Gary. They are both single parents and rely on each other a great deal. Their path to romance isn't straight forward though. First, things go awry at Ian and Sophie's party and some dangerous characters begin to make trouble. Someone is threatening Holly, Gary's ex-wife turns up with some dodgy friends, and eventually the children's lives are put at risk. It is a race against time to save them.
I loved the suspense filled action, the angst that Holly and Gary felt while hiding their true feelings for each other. The adorable little girls Eva and Annie tugged at my heartstrings and it was impossible not to root for these neighbours/friends to find love together and become a unified family.

This was a fantastic series and I enjoyed each book immensely. You can't go wrong in buying these books and they'd make a great present for a sister/mum/aunt. I'd recommend reading all three. Each one works as a stand alone but you'd really be missing out if you didn't get all three.
They are feel good romances with comedy and suspense. What more could a girl want?

There were two characters I'm hoping to see get their own stories- Poppy's blind date guy and her last internet date.

I'll definitely be following Ellen Butler's books from here on out.

I was gifted a copy of these titles from the author in exchange for an honest review.
Posted by Just Book Talk at 12:33:00