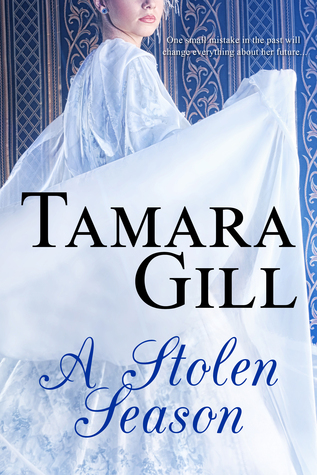 'One small mistake in the past will change everything about her future... Archaeologist Sarah Baxter just broke one of the biggest rules of time travel: leaving a piece of 21st ­century equipment in 19th century Regency England. Unfortunately, when she goes back to retrieve it, she makes an even bigger mess of things—resulting in the death of an English Earl. Now his brother is not only out for revenge, but he also has Sarah's device. Which means an entirely different approach is needed. It doesn't occur to the new Earl of Earnston that his charming acquaintance is responsible for his brother's death. He is merely swept away by a passion that threatens his very reputation. Yet he gets the distinct impression that Miss Baxter is hiding something from him. Now Sarah must find a way to steal back her device, hide the truth about the earl's brother and—most importantly— not fall in love...'

Another time travel romance that fans of the genre are sure to enjoy.

The novel begins at breakneck speed with a deadly, moonlit chase through the woods between Sarah and the Earl of Earnston.  The suspense continues right up until the very final few pages.

Being both charming and romantic, there is also a certain sense of doom pervading through the story.  I couldn't help but have all fingers and toes crossed for Sarah and Eric as I progressed through the novel. I just couldn't tell what was going to happen and I really liked that about the book.

It was difficult to imagine how the author was going to reconcile the protagonists, in light of Sarah's role in the death of the Earl of Earnston.
However the author manages to resolve things in a satisfying and romantically poignant way. I loved it.