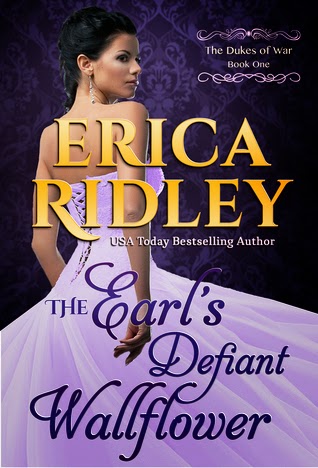 Grace is an American looking for a rich and titled husband. She needs the money to bring her sick mother home to England. She finds herself attracted to Oliver, the Earl of Carlisle. The problem is his finances are in complete disarray and he is looking for a rich heiress to pull him out of bankruptcy.

This is such a sweet, romantic story. Grace and Oliver are just adorable. There is a fairy tale quality about how they meet and fall in love. The ballroom scene in Chapter 6 was just magical. I loved how they talked about marriage during a dance, in between partners and suffering through mundane chitchat about the weather. By the end of the dance it is obvious they are in love but can't act on it.

The supporting characters were comical and I'm looking forward to reading their stories in the rest of the series.

It all resolved a little too easily and quickly. There was so much more scope for drama and comedy with the pair. I would have liked to see Oliver deal with a rival for Grace or someone rich and slimy who was trying to win the bet with her.
I got to the end of the story too fast! I'd have loved a few more chapters in the middle of the book. I just wasn't ready to say goodbye to Oliver and Grace. Sigh.
Posted by Just Book Talk at 17:02:00