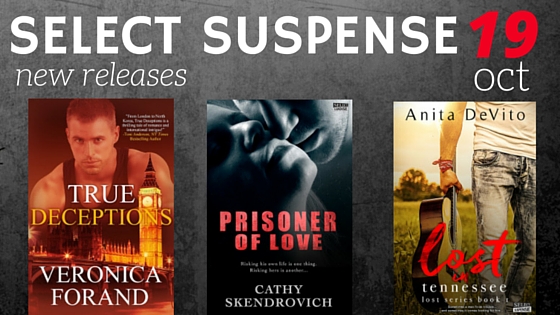 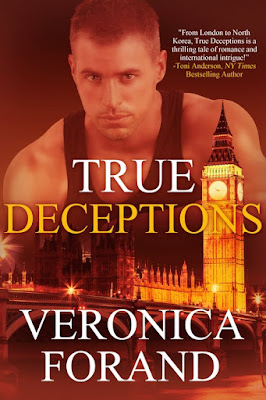 After his partner was murdered, Simon Dunn was done with MI6. But the cold, violent world of British intelligence never lets anyone go free. Now Simon has been blackmailed into a new job...with a beautiful new partner who's going to get them both killed.

Robotics expert Cassie Watson is a newbie field agent with as much sophistication as...well, a pacifist, vegan computer nerd. Now she's abruptly thrust into the cutthroat world of espionage with a partner who is as cold as he is brutally—and brutishly—handsome.

But when their mission is betrayed from the inside, Cassie will be forced to place her life in the hands of the one man who's anything but trustworthy... 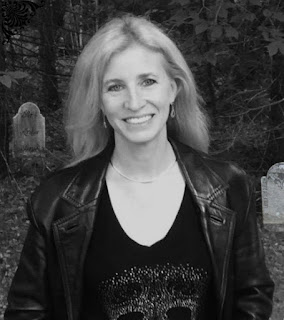 Veronica Forand is an attorney and an award-winning writer of romantic suspense. She has lived in Boston, London, Paris, Geneva, and Washington, DC and currently resides near Philadelphia. An avid traveller, she loves to roam across continents with her husband and children in pursuit of skiing, scuba diving, and finding the perfect piece of chocolate.

About PRISONER OF LOVE:

Risking his own life is one thing. Risking hers is another... 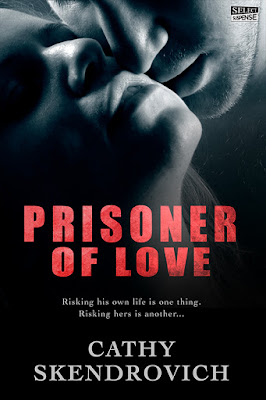 It was supposed to be a girls-only weekend in the California mountains. But when Lucy Parker is carjacked by an escaped prisoner, her fun weekend takes a nightmarish turn. Now she’s caught up in a dangerous world of stolen money, vicious drug dealers, and murder, and the only thing keeping her alive is her oh-so-hot captor.

Imprisoned for a crime he didn't commit, undercover cop Jake Dalton wants answers—now. Worse, he’s dragged Lucy into the mix, and she’s now guilty by association. With their lives on the line, the race is on to get to Las Vegas before they're killed...and they're running out of time.

Add PRISONER OF LOVE to Goodreads 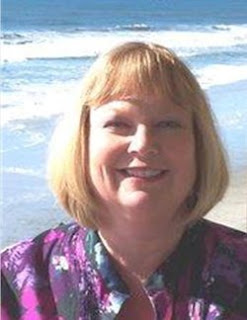 Cathy has always loved writing, but that pesky thing called Real Life cast writing into the backseat for years. Now she has reunited with her creative passion, and devotes every moment she can to all the plots and characters milling about in her imagination. She admits she finds story plotlines in everyday occurrences going on around her.
When she’s not writing her special mixture of romance and humor, she likes to travel read, and take long walks with her husband (the inspiration for her happily-ever-afters). Cathy looks forward to many years of writing for readers’ enjoyment.

About LOST IN TENNESSEE: 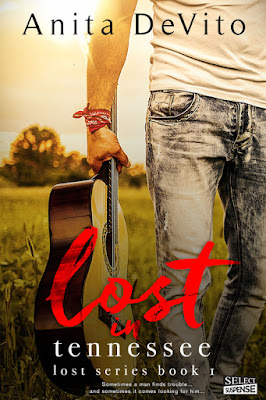 Heartache makes for good country music. It's what country superstar Butch McCormick keeps telling himself. He’s done with women and can’t handle one more disappointment. He's taking a few months off to work on the old house on his parents' land to fix shutters, scrape paint, and figure out what he wants in life...

Then she appears out of nowhere, with red hair and a peaches-and-cream complexion...and just so damned lost.

Architect Kate Riley doesn't have the luxury of getting lost, having a damaged car, or being smitten by a sexy-talkin' cowboy with an irresistible smile. But the longer Kate stays at Elderberry Farm, the stranger things get. For one, there's the crazy chemistry between her and Butch. For another, dead bodies are starting to turn up...and Kate might be the murderer's next victim.

Add LOST IN TENNESSEE to Goodreads

Anita DeVito is a Cleveland, Ohio, native who grew up on a diet of mysteries, rock-n-roll, and her nonna’s homemade pasta. By day, she works as a Civil Engineer unraveling the mysteries of water challenges, while by night, she applies her talents to the vexing question of “Who dunnit?” Visit Anita’s website at www.AnitaDeVitoWrites.com for more information on her fast-paced style of storytelling and to sign up for her news-less newsletter, Equinoxious. Start every season with short stories, games, puzzles, and some brain teasing fun. Anita lives with her husband, two sons, and two ornery dogs.